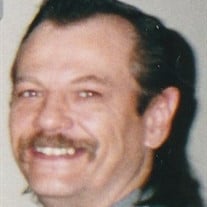 On July 17, 2020, Dave Swangler, beloved son, father and brother passed away at the age of 60. Dave was born on December 8, 1959 in Nuremberg, Germany to John and Hannelore (née Picklemann) Swangler. He was a member of the wrestling and football teams and the band at Woodrow Wilson High School, from where he graduated in 1977. Dave was a proud veteran of the U.S. Army where he earned marksman honors with the M16 rifle. He worked as an independent carpenter, he also worked many years in the corrugated paper industry as well as for SuperFresh supermarket. Dave loved sports, particularly baseball. He was a 4 for 4 Philly guy, as well as an avid fan of Penn State. Dave was a long time season ticket holder for his favorite of all teams, the Phillies. He often said his favorite place to be was Citizens Bank Park during a Phillies game. Dave loved to collect memorabilia and books. His reading interests included Wild West novels, different types of history, mainly the old west, gangsters and sports, along with biographies. Louis L'Amour was a favorite author of his. Dave was predeceased by: his father, Jack. He will be greatly missed by: his mother, Lore; his daughter Amber; his brothers John, Steve and Thom; his sisters-in-law, Melanie, Shaniqua and Cal; his uncles, Fred and Herbie; his aunts, Margie, Betty and Joann; his niece, Lauren; his nephew, Kai and many cousins and countless friends. Interment will be private on August 5, 2020 in Tullytown Cemetery. Services will be held Saturday, August 8, 2020 at 1:00pm at Christ United Methodist Church, 501 Wistar Rd, Fairless Hills, Pa 19030. Limited to 25 people. In lieu of flowers, Dave's family asks that donations be made in his memory to the American Heart Association, www2.heart.org or by phone, 1-800-AHA-USA1.

On July 17, 2020, Dave Swangler, beloved son, father and brother passed away at the age of 60. Dave was born on December 8, 1959 in Nuremberg, Germany to John and Hannelore (née Picklemann) Swangler. He was a member of the wrestling and football... View Obituary & Service Information

The family of David William Swangler created this Life Tributes page to make it easy to share your memories.

Send flowers to the Swangler family.