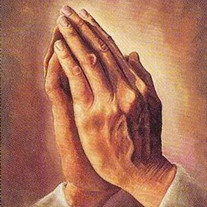 Elinore "Ellie" M. Morges (nee Weppert), died Friday, June 15, 2018, at her Levittown home at the age of 93. Born in Maspeth, NY, and raised in Hempstead, Long Island, NY, she was a 1942 graduate of Hempstead High School, and worked as a secretary there for a short while before her marriage. Ellie was the beloved wife of the late George E. Morges, to whom she was married for 65 years, and was an active member of the First Presbyterian Church of Levittown in various capacities, such as serving on the Deacon Board several times over the years, being a joyful part of the church's sign choir, and a faithful member of the women's Bible Study Circles. She also belonged to a local knitting club for many years. Both Ellie and her late husband were foster parents for 30 years for the Children's Home Society of New Jersey, through which they cared for 97 infants/toddlers. Mrs. Morges was preceded in death by her brother, John, and his wife, Elsie, as well as her late husband's four siblings, Clarence Albert Morges, William Stephen Morges, Arthur John Morges, and Alice Morges Cornman, sisters-in-law Phyllis Allan Morges (William) and Ethel David Morges (Arthur), and brother-in-law Raymond Cornman (Alice). She is survived by five children, Wayne Morges (Barbara) of Ellicott City, MD, Craig Morges (Anne) of Langhorne, PA, Clark Morges (Sandy) of Levittown, PA, Dale Morges (Sonia) of Holland, PA, a daughter-in-law Donna Morges of Frazer, PA, 19 grandchildren, 26 great-grandchildren and many nieces and nephews who will greatly miss her. A memorial service for family and friends will be held at 11am on June 26, 2018 at the First Presbyterian Church of Levittown, 5918 Emilie Rd., Levittown, PA 19057. Interment will be private at Washington Crossing National Cemetery in Upper Makefield where she will rest alongside her husband. In lieu of flowers, contributions may be made to the First Presbyterian Church at the above address in honor of Elinore M. Morges. To sign the guest book or send condolences, place visit www.moldenfuneralchapel.com.

Elinore "Ellie" M. Morges (nee Weppert), died Friday, June 15, 2018, at her Levittown home at the age of 93. Born in Maspeth, NY, and raised in Hempstead, Long Island, NY, she was a 1942 graduate of Hempstead High School, and worked as a secretary... View Obituary & Service Information

The family of Elinore M. Morges created this Life Tributes page to make it easy to share your memories.

Send flowers to the Morges family.