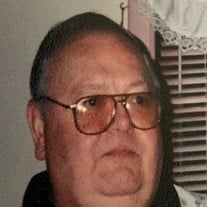 Gareth "Gary" T. Kase, age 75, of Bristol. PA passed away on February 21, 2020. He was born to the late Thomas S. and Ruth A. (nee Whittich) Kase in Shenandoah, PA. Gary was a teacher for 31 years, spending his first year in Cocalico, Denver, PA, followed by an additional 30 years in Bristol Township. He served for several years as treasurer for the Bristol Township Education Association. He also coached football, wrestling, baseball and softball. As a sports enthusiast, Gary was an avid Phillies, Eagles and Oakland A's fan. He attended 2 World Series, one of which the Phillies won, as well as 2 Super Bowls. Gary was a member of the Moose Bucks Lodge 1169 in Bristol, PA. In his spare time he enjoyed the challenge of both sudoku and cryptograms. Travel was always a big part of his life and he visited 45 of the 50 states. He also enjoyed working with and supporting Crossing Paths Animal Rescue whenever he was needed and it was from here that he adopted his beloved dog, Iris. Most of all, his niece, nephew and his nephew's family were the apple of his eye and he took a vested interest in all of their activities. He especially enjoyed time with them around the holidays. Gary chose to be an organ donor and upon his death the lives of several others have been changed immeasurably through the Gift Of Life. He will be deeply missed by all who knew him. Gary is survived by his beloved wife of 45 years, Lillian Kase (nee Hadfield), sister Cheryl Birtell (David), niece, Carrie Birtell, nephew, Brian Birtell (Stacey) and their daughters, Kasey and Valerie. Relatives and friends are invited to pay their respects on Tuesday, March 3rd from 9:00am to 10:30am at Molden Funeral Chapel located at 133 Otter Street, Bristol, PA. with a memorial service immediately following. Interment will be private. In lieu of flowers, donations may be made in Gary's name to Crossing Paths Animal Rescue, Box 304, Locust Fork, Alabama 35097, Mooseheart Child, City and School Inc., Mooseheart, Illinois 60539 or the Salvation Army 215 Appletree Drive, Levittown, Pa, 19055.

Gareth "Gary" T. Kase, age 75, of Bristol. PA passed away on February 21, 2020. He was born to the late Thomas S. and Ruth A. (nee Whittich) Kase in Shenandoah, PA. Gary was a teacher for 31 years, spending his first year in Cocalico, Denver,... View Obituary & Service Information

The family of Gareth T. Kase created this Life Tributes page to make it easy to share your memories.

Send flowers to the Kase family.