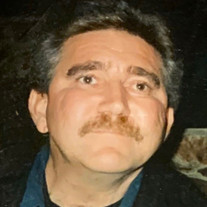 Jeffrey S. Schillings, 63, Morrisville, PA, passed away peacefully on Saturday, July 18, 2020 at Saint Mary's Hospital. Born August 27, 1956 in Canton, OH, he was the son of the late J. Thomas Schillings and Kathleen S. Ellis. Jeffrey proudly owned an electrical, mechanical engineering business for nearly 40 years. He loved spending time with his grandson and taking him on adventures. Jeffrey's generous and genuine nature evoked others to greatly appreciate, love and respect him. He was incredibly hardworking and deeply enjoyed his work. His most favorable moments were learning how to fly planes with his brother Jerry, boating with his best friend Eric, restoring homes with his nephew Michael, and solving intricate problems for himself and others. He maintained the position of Treasurer at the local American Legion Post 960 for several years. Jeffrey will be profoundly missed. Left to cherish his memory, Jeffrey is survived by his beloved son, Steven Schillings, and Steven's fiancée, Sarah Molloy; grandson, Ryot Schillings; siblings, Jerry Schillings, Mark Schillings, Carl Morris Jr., Sandra Morris, Deborah Roloff, and Carol Kulik; best friend, Eric Ericson; many loving nieces and nephews, especially Michael Morris; and countless loving friends, far too many to list. In addition to his parents, he was preceded in death by his brother Harry Ellis in 2007, and his sister Carole Ellis in 2011. Relatives and friends are invited to celebrate his life on Tuesday, July 21, 2020 from 6pm-7pm at Molden Funeral Chapel and Cremation Service, located at 133 Otter St., Bristol, PA 19007. Funeral services will be privately held. During the current phase of reopening during the Pennsylvania State of Emergency the funeral home has a maximum capacity of 25 people at any time. Please be understanding of that restriction when coming to pay your respects to the Schillings family. We respectfully ask that you limit the time spent in the funeral home to allow others to pay their respects. In lieu of flowers, memorial donations can be made to the American Heart Association by visiting www.heart.org.

The family of Jeffrey Steven Schillings created this Life Tributes page to make it easy to share your memories.

Send flowers to the Schillings family.