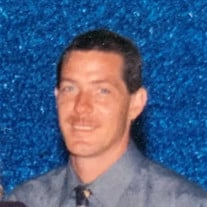 Michael S. Grafenstine, 51, of Croydon, PA, passed away on October 6, 2020. He was born in Bristol, PA to the late David and Patricia (nee Mama) Grafenstine. Michael was known for his kind, heart, generosity, and great sense of humor. He enjoyed... View Obituary & Service Information

The family of Michael Grafenstine created this Life Tributes page to make it easy to share your memories.

Michael S. Grafenstine, 51, of Croydon, PA, passed away on October...

Send flowers to the Grafenstine family.